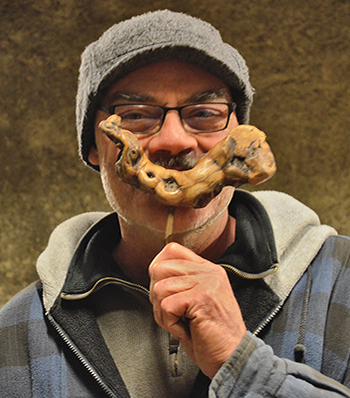 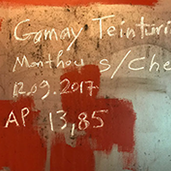 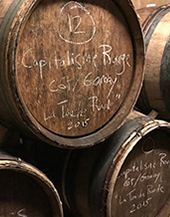 Originally Brendan Tracey is not from the Loire region. He grew up in New Jersey and spent most of his youth in San Francisco. While in San Francisco, Brendan lived through the cultural revolution and soon developed a passion for music, following psychedelic bands, going to concerts at the Fillmore and gradually migrating to punk music. Brendan’s mother was originally from France, where he traveled to occasionally. To prefect his French, he moved in with his aunt Blois, at the age of 15, to attend high school where he passed his baccalauréat in 1974. During this time, he really started to fall in love with his mother’s native country, France.

In 1977, he moved back to California and joined several bands involved in California’s hard-core punk movement. Punk music worked well for Brendan, playing in opening bands for The Dead Kennedys, Black Flag and the Avengers. In 1980, having kept in contact with a high school friend from his years in France, he returned to France and married her, staying in France for good.

Hey, ho, let’s go!, The Ramones’ battle cry, has been a constant source of inspiration for Brendan since he started making wine in 2010. The punk rock movement taught him to always be positive and allowed him to do his own thing in viticulture. Inspiration in the key moment is the most important thing, as well as the spontaneous energy that it takes for it to all to happen, without regards to conventional practices or being worried about what people might say.

Liten Buffel makes every effort to have an ADA compliant  website. If you, or someone you know, is having difficulty using our site, please let us know so we can address the issue. Write to us at pat@litenbuffel.com or 8822 Pearson Rd., Middleport, NY 14105.

Sensus Wine makes every effort to have an ADA compliant  website. If you, or someone you know, is having difficulty using our site, please let us know so we can address the issue. Write to us via the contact me area on our instagram account> @sensuswiines.