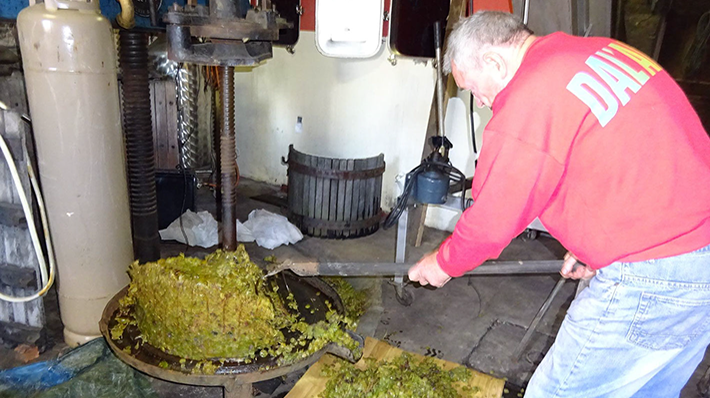 Jacques Broustet is a reference when you deal with naturally-made, sulfite-free Bordeaux.

Jacque’s Chateau Lamery is a small domaine with 4.3 hectares of planted surface and complete with a walled vegetable garden sitting in a large block of vineyard.

Jacques grandparents bought this property in 1935, and his 93 year old father still drives and does tons of things in the vegetable garden. His father went to the viticulture school and worked on the vineyard in the early 1950s,’ but it was not enough to make a living and so he took a job in Bordeaux. Jacques’ grandfather continued to tend the vineyards from then until he retired in 1985, and then helped Jacques take over until 1998. All along the vineyard was conventionally farmed and the wine was sold to the négoce, with a tanker truck coming every year to take the wine away.

When Jacques took the reins in 1998 there wasn’t even a hand corker in the buildings, he was to be the first to make and sell directly the wine in bottles. He began the first year making wine himself here and converted the farm over to organic, and in 2006 converted fully over to biodynamics. His wine was labelled under the AOC Bordeaux until 2009. In 2009 the wine was tasting super good and his enologist told him to ask the AOC Bordeaux Supérieur, which he did, but he was refused, his wine being said at the agreement commission to smell nail polish and that it would turn to vinegar soon because he wasn’t putting enough sulfites. From then on he bottled his wines as table wine and hasn’t to worry anymore about the issue. 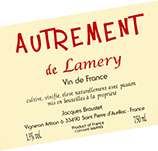 Liten Buffel makes every effort to have an ADA compliant  website. If you, or someone you know, is having difficulty using our site, please let us know so we can address the issue. Write to us at pat@litenbuffel.com or 8822 Pearson Rd., Middleport, NY 14105.

Sensus Wine makes every effort to have an ADA compliant  website. If you, or someone you know, is having difficulty using our site, please let us know so we can address the issue. Write to us via the contact me area on our instagram account> @sensuswiines.